John has been serving the risk management needs of local governments in some form or fashion since 1975. He founded NGU in 1999 after an accomplished 15-year career at Arthur J. Gallagher & Co., where he held several leadership positions and was decorated with numerous achievement awards for producing and product innovation, including a banner year in 1997 when he was honored as the #1 producer in the entire nation. Maybe this success is why some of John’s competitors have cause for concern, we’re not sure. But his customers and employees sure seem to love and respect him and that’s what’s important to him. John is responsible for creating a culture at NGU where everybody loves to work here. They really do and it’s an uncommon thing to see.

John also has a history of serving in the public sector, having been elected as mayor of Clinton, Arkansas, at the age of 21, a position he held from 1975-1978, then as councilman for the City of North Little Rock from 1985-1989. John also ran for the Arkansas state legislature in 1990. This public service gives him the unique perspective that helps him understand the public sector and government entities unlike most.

“I want each of my clients and employees to get the absolute best there is to offer and know exactly what to expect,” says John. “I want them to feel comfortable in their relationship with me and this company and know that their decision to work with NGU is the best decision they have ever made. I want them to know that I am always here when they need help. I love to see someone walk into my office or life with a look of despair and see them leave with a smile on their face, motivated to tackle the world.”

Not shy about his beliefs in the proper role of government and personal responsibility, John uses his time, influence and resources to affect the political process at the local, state and federal level. He regularly supports candidates and causes that share his belief in limited government and individual liberties. When John is not working, he enjoys quiet time alone for introspection and self-evaluation, which he does in many ways like riding a lawnmower or working with any piece of machinery that doesn’t talk back to him. You might also find him sitting on a backhoe digging tree stumps or bush hogging on his farm, woodworking, rebuilding an engine for a friend’s car or welding together a boat dock that he designed and built from scratch. We know it’s weird that this kind of stuff is fun and relaxing to him, but it is.

John was born and raised in Clinton, Arkansas, where his father was a state trooper and his grandfather was a grass and cattle farmer. He gained a healthy respect for law and order from his father, but he spent most of his free time with his grandfather learning on the farm. John came to Tennessee in 1994 after the pool program he started for the state’s schools began to grow so much, he needed to be here to oversee its operations and growth. And he’s loved it here ever since. 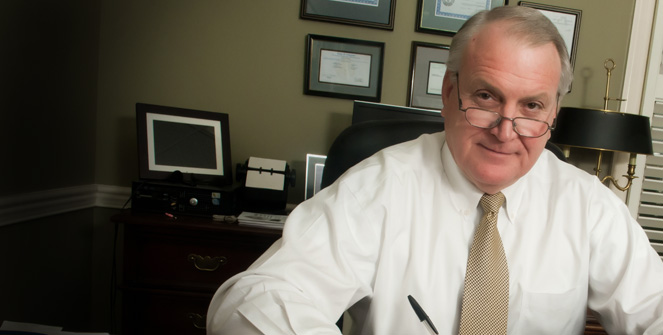